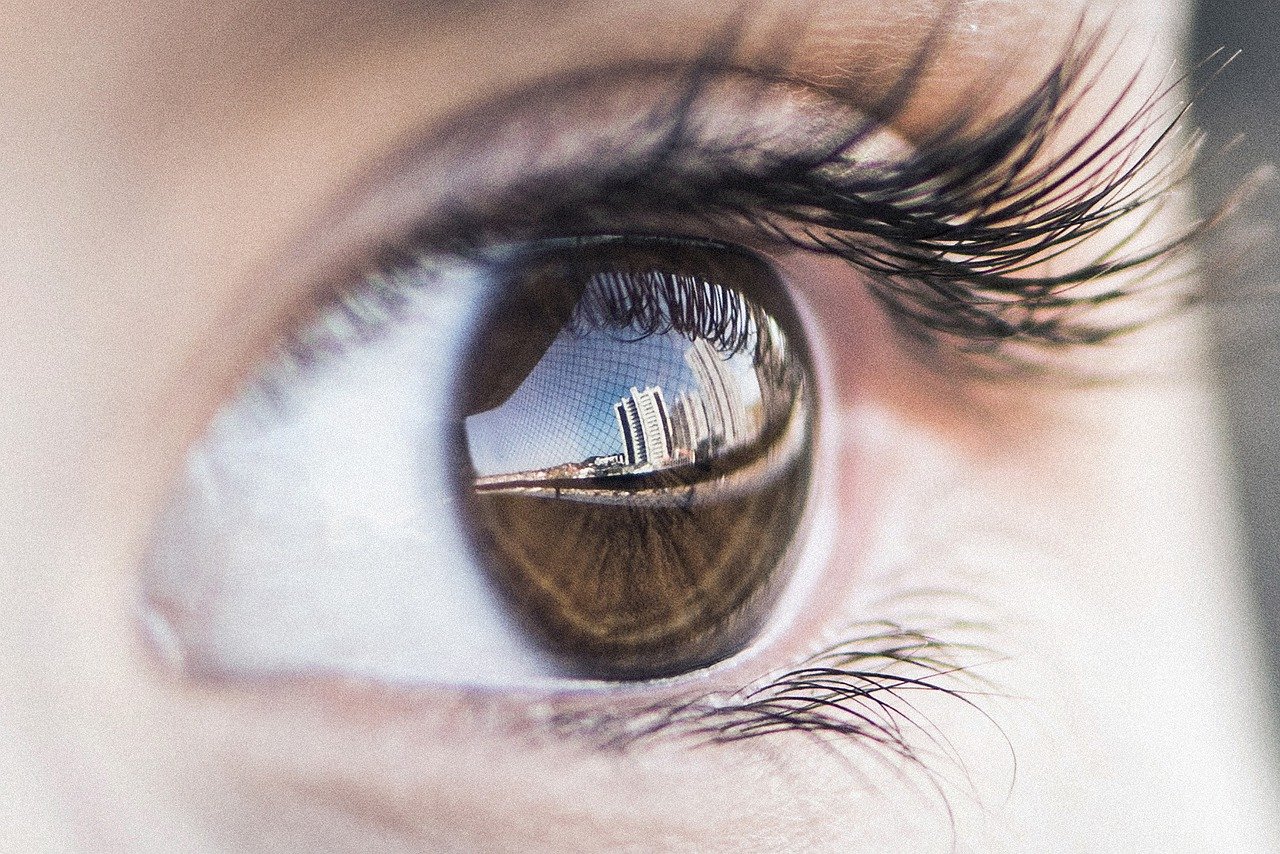 We tend to associate white, bright eyes with health and vitality. But we often engage in daily activities like staring at screens all day, wearing our contacts longer than we’re supposed to, or getting too little sleep, which results in those red, bloodshot eyes.

Red eyes are caused by the tiny blood vessels near the surface of the eye dilating and filling with blood. It’s a sign your eyes are irritated, dry, or inflamed.

Many of us look for a quick fix by using OTC eye whitening drops. Also known as redness relieving drops, they help shrink enlarged blood vessels to reduce blood flow and the appearance of redness.

But are these eye whitening drops safe and should you be worried about using them every day?

How Do Eye Whitening Drops Work?

The two most common vasoconstrictors, tetrahydrozoline and naphazoline, are found in popular eye whitening drops like Clear Eyes and Visine.

These chemicals bind to special receptors, called alpha-1 receptors, in the blood vessels and cause them to shrink. This reduces blood flow so the eyes appear less red.

Recently in 2017, a new vasoconstrictor was approved by the FDA called brimonidine. Originally used to treat glaucoma, patients soon discovered it also whitened their eyes.

Currently, brimonidine is found in only one product on the market: Bausch and Lomb’s Lumify redness reliever. In low doses, it works similarly to other vasoconstrictors by narrowing blood vessels and making your eyes appear whiter.

Eye whitening drops are generally considered safe, although there are some drawbacks you should know about, such as developing tolerance and the rebound effect.

While it’s easy to get into the habit of using eye whitening drops daily, they eventually lose their effectiveness over time as the body adapts to the repeated use.

This requires you to use more and more drops to get the same effect resulting in a vicious cycle. Eventually, they may stop working altogether.

Your eyes may even become redder than before, in a process called the rebound effect, or “rebound redness”. This happens with daily use as the blood vessels get used to the drops and start dilating larger than before, resulting in more redness.

Lumify is unique in that it works slightly differently than traditional eye whitening drops.

It binds to a different type of receptor in blood vessels called alpha-2 receptors, instead of the alpha-1 receptors. This causes the tiny veins in the eyes to dilate instead of the tiny arteries.

By selectively binding to alpha-2 receptors and causing only the arteries to dilate, Lumify avoids the rebound redness found in most eye whitening drops.

While eye whitening drops are safe for occasional use, many contain harmful preservatives, they can become less effective over time, and they can cause rebound redness when used too much.

How Are Rain Eye Drops Different?

RAIN eye drops are different from most of the OTC eye whitening drops you’ll find in the store in several key ways.

Most importantly, RAIN eye drops are free from vasoconstrictors so there’s no worry about developing tolerance or suffering from rebound redness.

Instead of masking the problem by shrinking blood vessels, they work to help heal, protect, and lubricate the eye to reduce redness naturally.

This means you can use them daily and they will never lose their effectiveness.

In fact, the longer you use them the more improvement you should see in your eye health.

RAIN eye drops are also preservative-free, so you can use them daily as long as you want without worrying about damaging your eyes or causing more dryness and irritation.  They’re even safe enough to drink (but we don’t recommend this).

How Do Rain Eye Drops Work?

It does this by restoring the tear film, a thin layer of fluid on the surface of the eye that helps keep the eyes hydrated, prevents tears from evaporating, and protects the eyes from allergens and pollutants in the environment.

These stressors can also disrupt the tear film themselves and cause dryness, itchiness, and irritation.

CMS is able to protect against this by keeping the tear film stable and healthy.

Due to its unique chemical properties, CMS is also able to absorb moisture from the air (hygroscopic) to keep the eyes lubricated.

Other popular eye whitening drops like Visine and Clear Eyes do nothing to restore the tear film or hydrate the eyes. They offer a temporary, superficial fix to a chronic problem. And they may make your red eyes worse!

Even new drops like Lumify fail to target the root causes of red eyes. While your eyes may appear whiter, they may still be dry, inflamed, and itchy.

In contrast, RAIN eye drops address the underlying dysfunction that causes eye redness, such as a lack of tear film stability and inflammation. They work synergistically with the eye’s natural tears to lock in moisture, protect against environmental stressors, and heal eye damage.

And unlike most eye whitening drops, they are designed to be safe and effective for daily use over long periods.

Ditch the harsh preservatives and vasoconstricting agents. Instead, help protect and lubricate your eyes naturally without causing more redness or risk damaging your eyes further.

Receive up to 25% OFF your order when you purchase online today!